Given the range of sectors in which we are implanted, the different needs of our clients force us to work with different types of materials that are described below.

Acrylonitrile Butadiene Styrene (ABS) (chemical formula (C8H8)x·(C4H6)y·(C3H3N)z)) is a common thermoplastic polymer. Its glass transition temperature is approximately 105 °C (221 °F). ABS is amorphous and therefore does not have a true melting point.

ABS is a terpolymer made by polymerizing styrene and acrylonitrile in the presence of polybutadiene. The proportions can range from fifteen to thirty five percent acrylonitrile, 5 to 30 percent butadiene, and 40 to 60 percent styrene. The result is a long polybutadiene chain crosslinked with shorter poly (styrene-co-acrylonitrile) chains. The nitrile assemblies of neighboring chains, being polar, attract each other and bind the chains together, making ABS stronger than pure polystyrene. Styrene gives plastic a glossy and also waterproof surface. Polybutadiene, a gummy substance, provides toughness even at low temperatures. For most applications, ABS can be used between −20 and 80 ° C (−4 and 176 ° F) since its mechanical properties change with temperature. Properties are created by hardening the rubber, where the fine elastomer particles are distributed throughout the tough matrix. 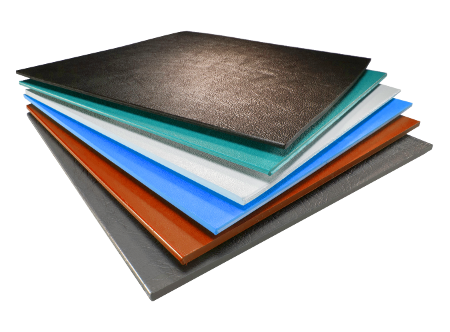 Polystyrene is a synthetic aromatic hydrocarbon polymer made from the styrene monomer. Polystyrene can be solid or foamed.

General-purpose polystyrene is transparent, hard, and quite brittle. It is an inexpensive resin per unit of weight. It is a fairly poor oxygen and vapor barrier and has a partially low melting point. Polystyrene is one of the most widely used plastics, the scale of its production is several million tons per year. Polystyrene can be naturally transparent, but can be colored with dyes. Uses include protective packaging (such as packing peanuts and CD and DVD cases), containers, lids, bottles, trays, glasses, throw-away cutlery, and in model making.

As a thermoplastic polymer, polystyrene is in the solid (glassy) state at room temperature but flows if heated above plus or minus 100 ° C, its glass transition temperature. It becomes tough again when it cools down. This temperature behavior is used for extrusion (as in Styrofoam) and also for molding and vacuum forming, since it can be molded into molds with fine details.

We also offer Flocked Polystyrene, that is, the product with a velvety finish. 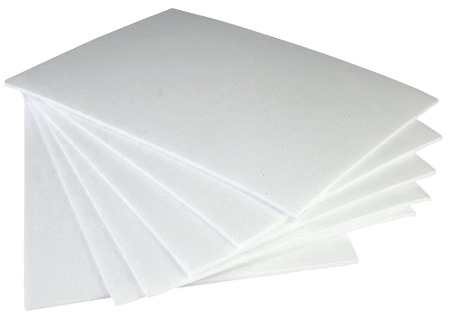 Polyvinyl chloride, also known as PVC, is the third most widely produced synthetic plastic polymer on the planet (after polyethylene and polypropylene). About forty million tons of PVC are produced from year to year.

PVC comes in two basic forms: sturdy (sometimes abbreviated as RPVC) and flexible. The rigid PVC way is used in the construction of pipes and in profile applications such as doors and windows. It is also used in the manufacture of bottles, non-food containers, sheets that cover food, and cards (such as bank or membership cards). It can be made softer and more flexible by adding plasticizers, being the most used phthalates. In this way, it is also used in plumbing, electrical cable insulation, faux leather, flooring, signage, phonographic records, inflatable products, and many applications where it replaces rubber. With cotton or linen, it is used in the production of fabrics.

Pure polyvinyl chloride is a brittle white solid. It is insoluble in alcohol but slightly soluble in tetrahydrofuran. 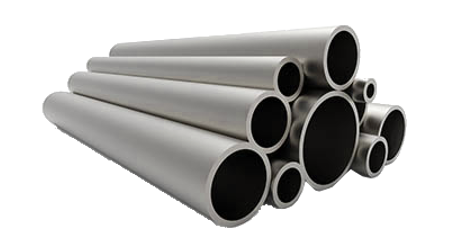 Polypropylene (PP), also known as polypropylene, is a thermoplastic polymer used in a wide variety of applications. It is generated through chain growth polymerization from the propylene monomer.

Polypropylene belongs to the group of polyolefins and is partially crystalline and not polar. Its properties are similar to polyethylene, but it is somewhat harder and more resistant to heat. It is a white material, mechanically resistant and has a high chemical resistance. Polypropylene is the second most produced plastic (after polyethylene) and is frequently used in packaging and labels. 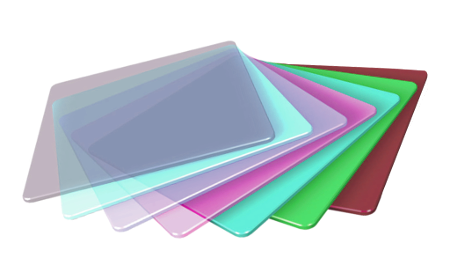 Its primary use is in packaging (plastic bags, plastic films, geomembranes, containers, including bottles, etc.). Many kinds of polyethylene are known, and most of them have the chemical formula (C2H4) n. PE is generally a blend of related ethylene polymers with multiple n values. Polyethylene is a thermoplastic; however, it can be transformed into a thermosetting plastic when altered (such as crosslinked polyethylene). 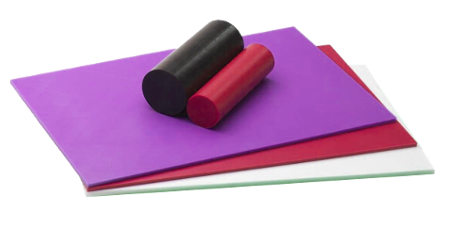